I’m going to the Pioneers Festival!

2500 start-ups and topic interested people will gather at the Hofburg Imperial Palace from the 29th to the 31st of October for the Pioneers Festival, ‘an unforgettable accelerator event which will boost every single start-up to the next level – in just three days‘. 60 international speakers will split up on two tracks and Europe’s top 50 start-ups will battle in the Startup Challenge. With this conference STARTeurope celebrates entrepreneurship and innovative technology with us, the common people ;)

END_OF_DOCUMENT_TOKEN_TO_BE_REPLACED 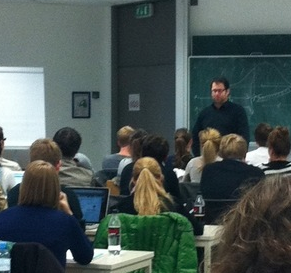 Every Industry needs its red carpet. That’s an old saying and it’s true (OK, I just made that up).

TechCrunch Europe, one of Europe’s finest Tech Blog (Disclosure: I am an occcasional contributor, but it’s still true) and Europe’s branch for the #1 Tech Blog TechCrunch, is holding its annual Europas Awards Conference in London on November 19, 2010.

To put in Mike Butcher’s own words:

These awards will recognise and celebrate the most compelling technology startups, Internet and mobile innovations of the past year, with the tech community invited to have a say in which finalists should be recognised.

If you want your Startup to be chosen for the finalists then you need to have a Crunchbase profile of your company first. Those will then be reviewed and a selection will be made available to nominate publically.

The event itself takes place in London and will be lots of fun and celebrating Europe’s Tech Scene. Definitely an event not to miss if you look at last year’s impressions. It will be a gathering of VCs, Entrepreneurs, Press People and an overall cool crowd.

The first tranche of tickets is now on sale here.

On Europe, Tech and the people behind it

There are a lot of endeavours to strengthen the vibrant and emerging startup culture in Europe yet, in contrast to the [irony on] bigger and better [irony off] US, Europe has no geographical top spot for the tech industry. (Interestingly though, the Silicon Valley model seems to be breaking up in the US; New York, for example, is attracting more and more startups.)

On European soil there are definitely a number of hubs for entrepreneurs, such as London or Berlin, where a lot of successful startups are emerging and where – probably more importantly – an infrastructure exists. By infrastructure I am not referring to real estate and water, but rather to all the fun and cool stuff that comes with the “I’m doing a startup” package: startup mixers, collaborative office space, tech conferences, panel discussions, local blogs, entrepreneur dinners and, most notably, “entrepreneurial spirit”. 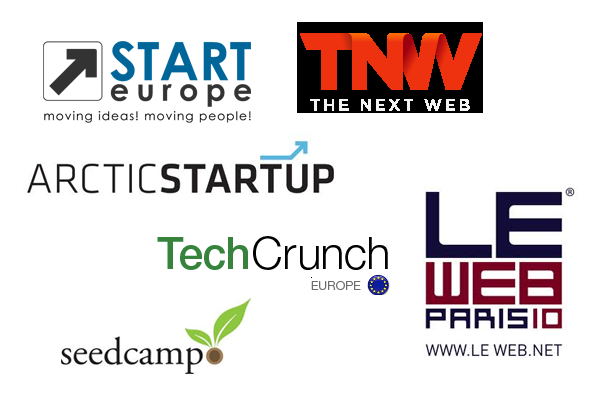 These crucial elements are available in the aforementioned European hubs, yet we still all have a way to go. Tupalo (and I think we can speak for most other Austrian startups as well) has not always had an easy life in Vienna. When we started the company in 2007, there was hardly anybody else in the Web consumer space. There have always been B2B high-tech companies, but not companies to which most people refer to as “Web 2.0 startups” (ICT consumer). Over the past years, however, this has changed dramatically, primarily due to initiatives by some amazing people and organizations wanting to drive this spirit in Europe. I’d like to point out some of those and please do excuse me if I’ve left out some important ones. Even better – let us know in the Comments.

Okay, I’m biased here since I occasionally write for TCEU, but what Mike Butcher (and Steve O’Hear) are doing has tremendous influence on Europe’s startup scene. Not only by building a central tech outlet in English, but also by kicking off projects such as TechHub. Having an editorial outlet that is connected to tech’s most important resource – information – is crucial. Mike Butcher’s plan to expand the TechCrunch Europe Event series across multiple countries is yet further proof of why this is awesome.

Straight out of London and the minds of some of Europe’s best and most prestigious VCs, Seedcamp aimed to be Europe’s Y Combinator and, as far as I can tell, they’re doing a really good job in succeeding. Since its inception in 2007, not only have some great companies come out of it, but also a series of Mini Seedcamps around Europe – an optimal outlet for startups to present themselves and an innovative mentorship program for entrepreneurs.

Only recently did these tech-savvy guys team up to help the German-speaking startup culture prosper. With a limited budget but unlimited enthusiasm, they’ve kicked of a series of startup events, including the most recent one attended by the likes of Daniel Mattes and Markus Wagner. Much more than that, they’re also providing pitch training to entrepreneurs and helping them get off the ground.

What Ville Vesterinen and his team have accomplished is some sort of Scandinavian “TechCrunch Europe”. That’s probably the best way to describe it: not only having northern Europe’s single most important editorial Tech outlet, but also by travelling through Europe and helping Nordic startups to succeed in other parts of Europe. A vast network of people and companies across the contintent are just some highlights of why ArcticStartup is so important for “Arctic startups”.

Although being a blog by definition, their ‘TheNextWeb Conference’ has become one of the leading Web conferences in Europe. Having editors around the globe, TheNextWeb not only manages to be another good read, but also acts as a hub for startups coming out of the Netherlands and surrounding countries. Having these outlets for local startups is just as crucial as Om Malik is for Silicon Valley.

Loic is probably one of the best connected individuals in Europe’s scene. He’s not only an entrepreneur himself, but over the past years he has built Europe’s most important tech Event: LeWeb. It’s the once-a-year event for Europe’s tech scene, VCs, advisors and startups. He’s probably the best example that French people DO also welcome people who do not speak French ;).

There are so many more out there that are helping to build a unified ‘Tech Europe’ and I kindly ask you to add your suggestions in the Comments. One thing is for sure: we do have the the Fred Wilsons of Europe, the bright tech stars who are not only looking into term sheets, but also have an interest in building Europe’s tech scene, generating exits as large as US exits and working on getting entrepreneurial mindsets into people who might have never thought of starting a company.

Sure there are lots of mountains to climb and successful companies to be built, but I think we’re on the right track. On the one hand Europe is more risk-averse, traditional and anti-entrepreneurial than the US. On the other hand it’s more sophisticated, cultural and complex (in terms of society). Sustaining the latter and evolving the former is easier than the other way round.

And, seriously, please let us know of all the other super cool initiatives out there.

It must have been a couple of busy days for Lars Hinrichs. Having invested as an angel in Samedi, now HackFwd’s second baby launched publicly: Loved.by.

It seems that loved.by is one of those startups that are supposed to be coming out of a disruptive incubator like HackFwd. The idea is rather new and I’m not aware of any startups out there that are doing something comparable (please let us know via ‘Comments’ if you do.) Essentially it’s a personalized affiliate program that enables customers, who share their love for products with their peers (via Facebook and Twitter), to receive up to 15% of the product’s price. From those 15%, the company takes 25% and 75% go to the user who referred a customer. 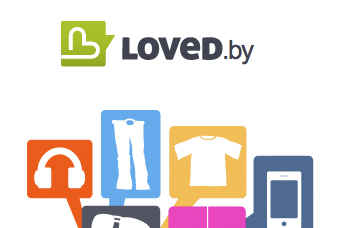 Apart from a lovely user interface, the application’s success will be highly dependent on the viral spread among Facebook. That’s why a simple yet effective Facebook App comes with the initial package. You can simply paste the product’s URL into a field and make it a shareable item among your friends – truly a very low entry of barrier and an innovative usage for Facebook Connect. There’s also a Bookmarklet for browsers, which adds another sharing layer.

In regards to Tupalo.com and other local startups out there, we’d like to see such a model being applied to real world businesses, not just online. With mobile applications and Check-ins, there is definitely a way to combine real rewards for sharing product love.

So as Younoodle gains steam, we wanted to compile a list of some (or most) of the Austrian startups on Younoodle Scores.

If you are registered on Younoodle and not following the below startups (especially us!), then warm up your follow fingers and get going.

Mindmeister (Technically based in Munich & Vienna)